Before planning or travelling to attend any of the events listed below  we recommend that you check with the event organisers that the event is going ahead at the time and date stated.

A Second Christmas Truce? Christmas on the Western Front, 1915 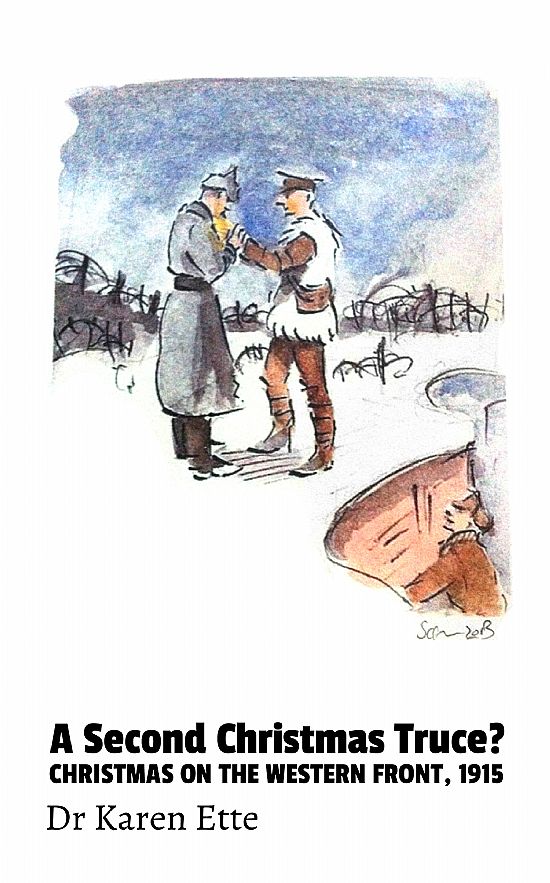 We are delighted to announce that Branch Member and Twitter supporter, Dr Karen Ette, has published this book on the intriguing second Christmas truce in 1915 on the Western Front. It is available in paperback and Kindle format from Amazon - HERE.

Christmas 1914 was not the only documented suspension of hostilities during the First World War. Another cessation followed in December 1915 but is far less known, mostly because any form of fraternisation was strongly discouraged by the military authorities on both sides. The event only came to wider attention in 1920 with the publication of Ernst Jünger’s In Stahlgewittern.

Ernst Jünger, a Lieutenant with the 73rd Hanoverian Fusiliers took part in an initially peaceful exchange with soldiers of the 8th Battalion of the Leicestershire Regiment. Serving with the 8th Leicesters was Captain Charles Aubrey Babington Elliott, whose diaries and letters have been deposited by relatives, at the Leicestershire and Rutland County Records Office. Using Jünger’s Storm of Steel and Captain Elliott’s papers, alongside regimental diaries and other sources, this account investigates what may have happened in December 1915.

In the Shadow of Bois Hugo by Nigel Atter 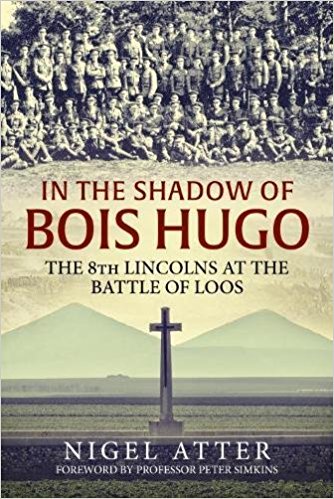 Branch member, Nigel Atter, has published his first book which is titled "In the Shadow of Bois Hugo: The 8th Lincolns at the Battle of Loos."

"This is the first book dedicated to the subject of the 8th (Service) Battalion, Lincolnshire Regiment during the First World War - and this particular Kitchener battalion has been a neglected topic of study; however, there is a rich mine of information to be found - including the methods of recruitment; the initial training (or lack of it); the lack and late arrival of equipment; and the actual fighting experience of the 8th Lincolns at Loos. Importantly, this volume challenges the well-established British historiography about the general reserves and their performance at Loos, with the author arguing that the reserves, rather than being routed, stood, fought and died at Loos in 1915.

Following extensive archival research, the author has also built up a picture of the officers, which range from the very young junior second lieutenants straight out of university - the Officer Training Corps (OTC) - to a man who had seen 25 years' army service, but had never experienced a shot fired in anger until Loos. The men who constituted the ordinary soldiers were commonly the 'salt of the earth' - drawn from the ranks of the industrial and agricultural labouring classes. There is no great captain amongst them, but their grit and determination to the bitter end is an example of soldierly conduct in the best traditions of the British Army.

British historiography hasn't been kind to the reserves who fought at Loos - claiming, at worst: 'They bolted!' and, at best, they were tired out by a forced march... hungry and wet through. The reality is at least one company stood and fought until almost completely out of ammunition, with all their officers dead or seriously wounded; surrounded by Germans with machine guns, the surviving Lincolns were captured.

The experience of the 8th Lincolns is placed in the wider context, with the British Expeditionary Force's (BEF) learning process during 1915 and the aftermath of the accusations which led to the dismissal of Sir John French as Commander-in-Chief of the BEF and Sir Douglas Haig's appointment as the Chief.

This book will appeal on a number of levels: it documents the life of an otherwise hitherto unknown Kitchener battalion; it challenges orthodox historiography; and it firmly shows that rather than running away, the 8th Lincolns (and, more generally, the reserves) behaved, by and

large, with courage and resolution."

The book is available to purchase via the publisher - Helion and Company - and from Amazon. 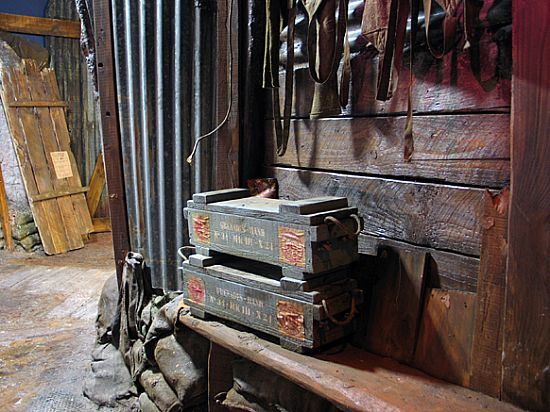 Follow the story of The Royal Leicestershire Regiment reflecting on its many campaigns, individual acts of bravery and the every day life of a soldier. The exhibition looks at Regimental life through the eyes of ordinary soldiers and of the people at home and explores how they were affected by war. Includes a re-constructed trench and displays on World War I.

To find out more about the trench reconstruction and other items in the Regiment's collection then please follow this link.

Details of a variety of forthcoming events can be found by using the following links:

The EMOHA has made available around 21 recordings of interviews with people from Leicestershire and Rutland who experienced first-hand the effects of the First World War. The recordings provide a  fascinating insight into life during 1914-18 and cover topics such as:

A link to the recordings can be found here. You do not need to download any "SoundCloud" software in order to be able to listen to them (just speakers or headphones!)

Back to top of page